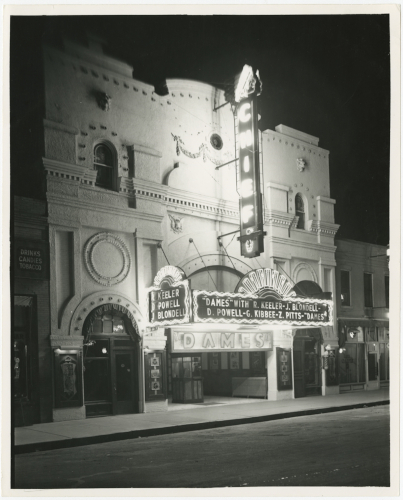 “All Talking! All Laughing!” exclaimed a March 17, 1930 Greeley Tribune-Republican advertisement for the Sterling Theatre’s showing of “The Girl Said No.”  The merging of sound and dialogue to create “talkies” was invented in the 1920s, but became standard in the 1930s, popularizing movie watching.  Greeley was certainly no exception.  The movie theaters in town during this time were the Chief (previously the Rex), Sterling, Park and Kiva.  At the beginning of the decade, movies were 40 cents for adults, 10 cents for children and cheap seats (balcony) were 25 cents.

Throughout the 1930s, the Tribune ran a column called the “Theatre Guide” which “guaranteed to contain no motion picture company blurbs.”  It provided a synopsis of the movie, cast lists, and appropriateness for children by ending each description with either “mature” or “family.”  Numerous articles in the decade featured discussions on the potentially negative influence of movies on children.

Debate was sparked in Greeley in 1930 when the ballot included a measure to allow movies to be shown on Sundays.  The first Sunday movie was shown on December 7, 1930. Three of the local movie houses banded together to donate the proceeds to charity, a shrewd public relations move to defray the controversy.

Technicolor™ made film that provided the first color in movies during this decade.  A special camera ran three strips of film in red, blue and yellow consolidating it into full color, albeit exaggeratedly bright.  Technicolor™ could be seen in  “The Wizard of Oz,” which opened at the Sterling in Greeley on September 23, 1939.  By this time, admission prices had actually gone down to 10 to 15 cents per person.

Beside large advertisements in the newspapers, theater companies used contests to get people into the theater.  In July of 1932, a screen opportunity contest was launched sponsored by the Chief Theatre and the Tribune.  A Greeley woman, Miss Pauline Hering, won the opportunity to compete nationwide for a role as “Panther Woman,” in “Island of Lost Souls,” but didn’t make the final cut.  In August 1933, the Sterling hosted “Know Your Stars” contest sponsored by Paramount and in July of 1934, more than 50 Greeley residents costumed up to enter a Hollywood impersonation contest at the Rex theatre.  The winners in three categories were Sybil Enright for her portrayal of Jeannette MacDonald, Mary Manley as Zasu Pitts and Everett Houtchens for Lloyd Hamilton. 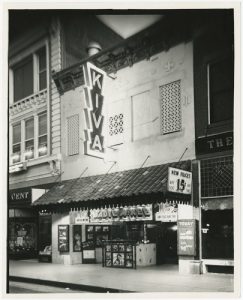